Borgring: the discovery of a Danish Viking Age ring fortress 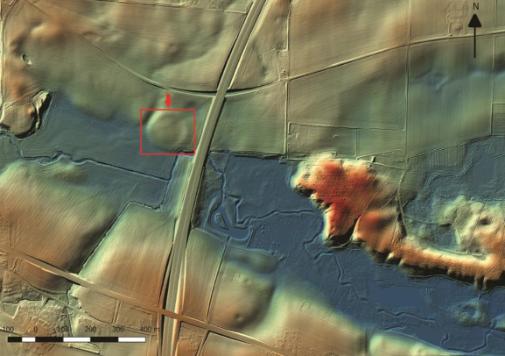 A York archaeologist has published an article identifying a Danish ring fortress dating to the reign of Harald Bluetooth, the first to be discovered in Denmark since 1953.

Dr Helen Goodchild, from the Department of Archaeology, carried out a geophysical survey of the Trelleborg-type circular fortress, the results of which have been published in Antiquity.

A team of archaeologists from Aarhus University and the Danish Castle Centre used LiDAR to reveal the tell-tale geometric outline of the "Borgring" fortress, before geophysics and the radiocarbon dating of excavated timbers from a gateway helped confirm a truly remarkable early medieval find.

Dr Goodchild said: “After the LiDAR discovery, I was brought in to try and confirm that the site was indeed a ring fortress. We’d had success at another Trelleborg site—Aggersborg—in the north of Jutland using fluxgate gradiometry, and so we hoped to get similar results here. After trudging a distance of a marathon in grid formation collecting the data, I was delighted to see that the ramparts and even what looked to be some of the large structural timbers were showing in the results.”

‌ Gradiometry and ArcGIS interpretation of the site, by Dr Helen Goodchild

Trelleborg-type fortresses were constructed in c. AD 975–980 by the famed Viking Age king Harald Bluetooth. Representing a massive investment of resources and manpower, they are considered to demonstrate Harald’s immense powers of organisation and control, as well as a strategic vision to defend his Danish kingdom. Of huge size—up to 250m across—and with stunning circular symmetry in their turf and earth timber-framed ramparts, these fortresses are thought to have been an attempt to provide a defensive network similar to that introduced by the Anglo Saxons, who created fortified centres (burhs) at semi-regular (approximately 30km) intervals from the ninth century AD. 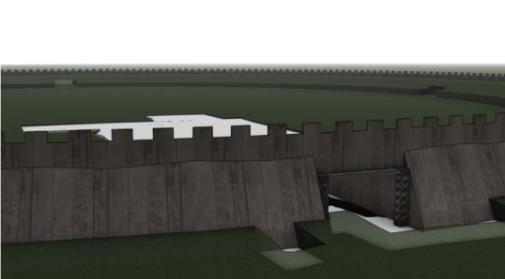 The impact of the team’s success at Borgring (approximately 36km south-west of Copenhagen) is huge: beyond the identification of a massive Viking Age site through a cost-effective combination of pinpoint excavation guided by LiDAR, it is now thought highly probable that more of these spectacular fortresses await discovery.