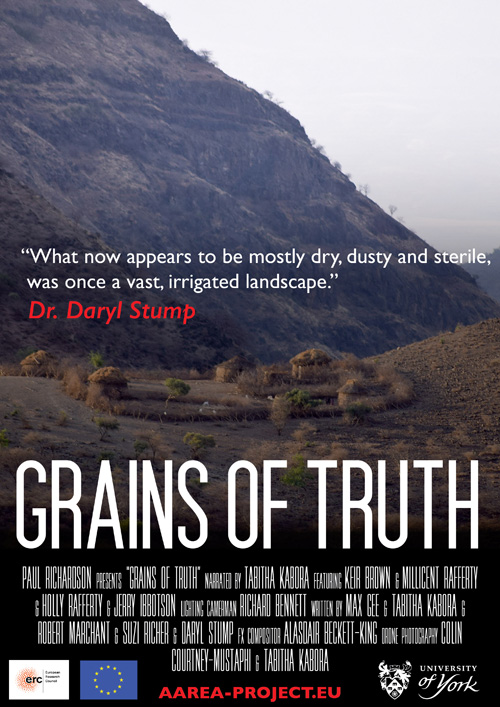 A new online film, written by scientists at the University of York in partnership with Paul Richardson of Ambient Cinema, reveals the excavation work at the site of Engaruka, Tanzania, that is unravelling the mystery of why its people abandoned the site centuries before.

Researchers on the AAREA Project have been working in East Africa for many years gathering palaeoecological and archaeological evidence on how people interacted with this environment.

The film, called Grains of Truth, brings together some of the images and footage that the team has gathered over the years and explains how evidence for landscape change in the past can help us to predict and cope with the future of climate change. This film was created

Dr Daryl Stump, from the University’s Department of Archaeology, said:

The archaeological evidence is showing us that what now appears to be mostly dry, dusty and sterile, was once a vast irrigated landscape. Previous researchers have tended to assume that the people of Engaruka failed to make the land work for them, but the archaeological and environmental data demonstrate that this was a complex farming system that was sustained for well over 300 years. 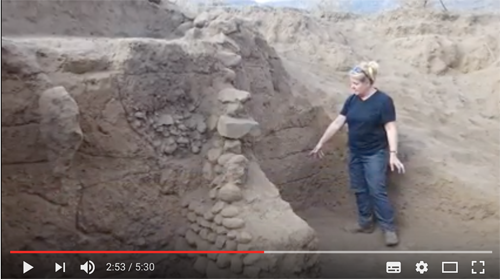 Research shows that Engaruka was once far wetter than it is now, with irrigation systems supporting 20 square kilometres of farmland and more than half the fields built by capturing soils carried off the mountainside by water flowing within the rivers and streams.

The documentary goes on to explore soil and chemistry analysis and how the research team start to piece the story of the landscape together from fragments of its history.

As scientists and politicians debate the extent of climate change and pressures on environmental resources, the film explores how communities reacted to change in the past, providing vital context for charting future sustainability.