The department hosted the 15th African Archaeology Research Day (AARD) on Saturday 25th November, where delegates from the UK and Africa where welcomed to King’s Manor. These informal meetings are aimed at encouraging both undergraduates and postgraduates, together with established academics, allowing them to present their research to a welcoming, friendly and supportive audience. 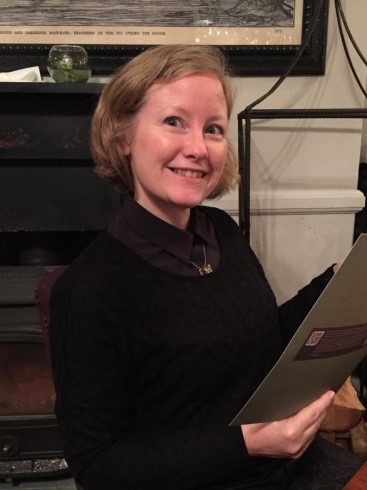 There was an extensive conference programme with 28 papers presented in a series of parallel sessions, with the talks live streamed. The morning programme started by looking at Diet and Agriculture followed by the parallel sessions on Heritage and Politics of the Past and Bones, Beads and Tusks. The afternoon sessions of People and Histories and Geoarchaeology and Landscape were also parallel. The department was represented in a range of papers given by both staff and students with Senna Thornton-Barnet (Permission to Thrive: Interrogating agricultural resilience and sustainability through comparative spatial analysis of wild, weedy and domesticated taxa in the charred plant macro-fossils from Engaruka, Tanzania and Konso, Ethiopia), Tabitha Kabora (Putting the people back in the land: Agent-based modelling of historical water management in Engaruka, Tanzania), Gianni Gallello (The role of geochemistry for sediment provenancing at the archaeological site of Engaruka [Tanzania]), Ashley Coutu (Bangles and beads: exchange networks in the southern African Iron Age), the day being rounded off by a joint presentation from Tom Fitton and Stephanie Wynne-Jones (What is this house for?). 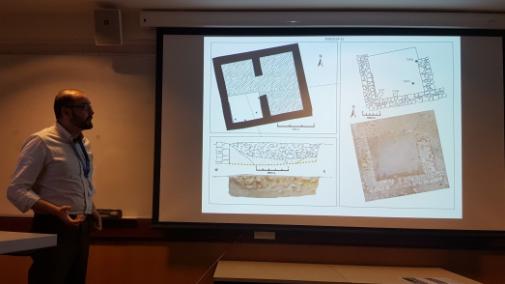 Jorge de Torres from the British Museum presenting his work: ‘The veins of the Horn: trade routes and merchants in Western Somalia (12th-16th centuries)’

The conference proceeding were brought to a close with prizes awarded to the best student paper and poster. The prize for best paper was presented to Lara González Carretero from UCL for her archaeobotanical research into agricultural production of the Meroe region in northern Sudan during the Meriotic period, the title of the paper being: ‘Sorghum porridge and cotton cloth: the agricultural foundations of the central Meroitic economy’. The poster prize went to undergraduate Melissa Shiress who is also from UCL. There was a special mention for Marc Dickinson, from the Department of Chemistry at the University of York, for his presentation on ‘Amino acid racemisation dating of mammalian enamel’. It was thought that his paper encapsulated the spirit of the conference through its multidisciplinary approach to the analysis of African archaeological assemblages.

The final session and AGM

The final activity of the day was the AGM where it was decided that AARD 2018 will be hosted by the University of Cambridge. Once business had concluded all delegates were invited to a drinks reception sponsored by the AEA. The organising committee of Daryl Stump, Stephanie Wynne-Jones, Tom Fitton and Carol Lang would like to thank all the delegates and helpers for making the day a success.