2016 has seen a number of archaeological experiments at the York Experimental Archaeological Research (YEAR) Centre, including bow making, pottery and the creation of headdresses from deer frontlets.

The centre is unique in the UK, and aims to answer questions about the role of material culture in past societies. Experiments are carried out to investigate possible methods of creating weapons, tools and ornaments, with a view to enhancing our understanding of how such things were done in the distant past.

Such insights are bringing researchers closer to understanding human behaviour, including early evidence for belief systems as well as cultural traditions surrounding cuisine and ornamentation. Close collaboration with BioArCh enables scientific analysis of the results.

The Department of Archaeology currently runs a Master’s Research Skills Module in Experimental Archaeology with an undergraduate course scheduled for next year. This alternative to lecture-based learning is enabling students to get hands on experience in practical aspects of material culture research. 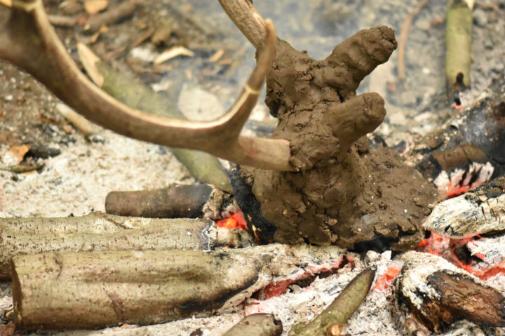 “As part of the European Research Council funded POSTGLACIAL project we have undertaken a number of experiments at the YEAR Centre. A significant breakthrough was how hunter-gatherers made iconic headdresses 11,000 years ago in North Western Europe. We used flint blades, hammerstones and burning techniques to fashion reproductions of shamanic headdresses made from red deer crania, which were discovered during excavations at the Early Mesolithic site at Star Carr in North Yorkshire. These headdresses were probably worn by shamans as part of hunting rituals.” 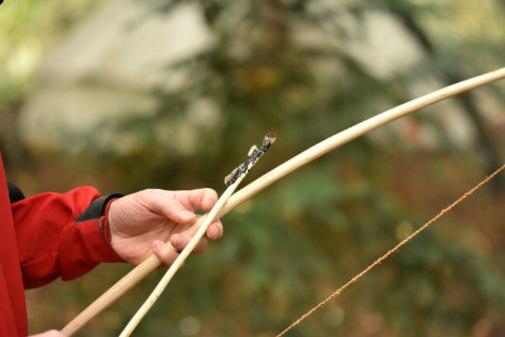 “Masters students have made arrows using many traditional techniques. This included knapping flint into projectiles; making the adhesive from birch bark tar; processing animal sinew for binding; and using feathers for the fletching. They even got an opportunity to shoot their own arrows from a replica bow!” 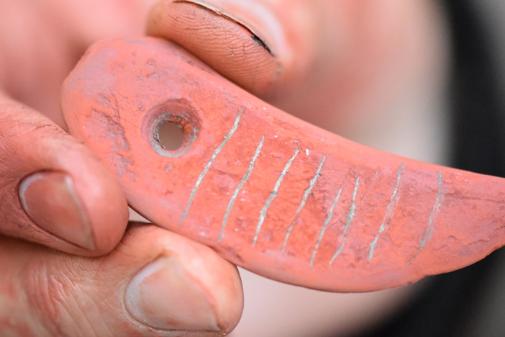 “Students taking the MA Research Skills Module in Experimental Archaeology have made and strung replica Mesolithic shale beads and pendants using traditional techniques, including the weaving of plant fibres into twine. We know that shale ornaments were being made 11,000 years ago at the Early Mesolithic site of Star Carr, located in the Vale of Pickering, Yorkshire. The students’ experimental work, alongside microscopic analysis of the wear traces on the artefacts, is helping us to understand how they might have been worn by hunter-gatherers living on this lake edge at the start of the Holocene period.” 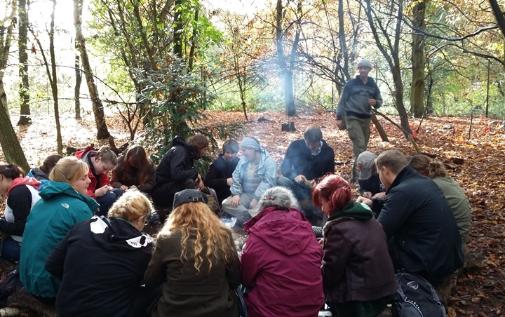 “Masters students get a feel for prehistoric life by working by the campfire on archaeological projects aimed at better understanding traditional materials and manufacturing techniques. Working outside in a prehistoric-like setting helps students connect with the environment and the past, whist stimulating greater collegiality through teamwork.” 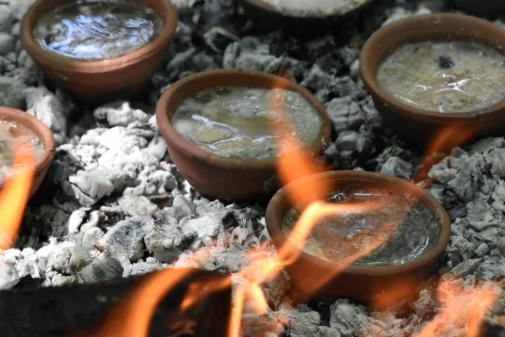 “As well as a fantastic teaching facility, the YEAR Centre is fast becoming the location of cutting-edge scientific research. The Early Pottery Research Group located in BioArCh have been cooking up various ingredients to use as a reference for their analysis of ancient food crusts found in prehistoric pottery from Asia. From lipid analysis of food crusts on pottery we know that people were cooking fish in pots over 16,000 years ago in Japan.”

For more information about the YEAR Centre visit: https://www.york.ac.uk/archaeology/centres-facilites/year-centre/

For more information about the POSTGLACIAL project, visit the PloS paper: http://dx.doi.org/10.1371/journal.pone.0152136

For more information about cooking pots in Japan visit the PNAS paper: http://www.pnas.org/content/113/15/3991