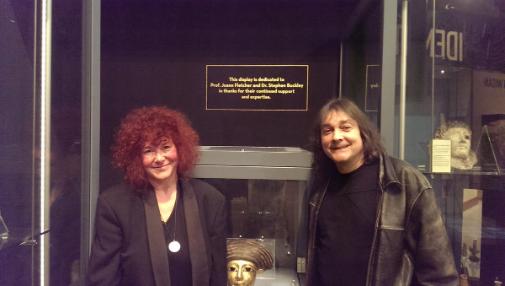 Jo  Fletcher and Stephen Buckley have been honoured with a museum gallery named after them following their work on the ancient Egyptian artefacts in Wigan. Originally donated to the town by a number of local people including Sir John Scott, the collection was displayed for the first time in the 'Ancient Egypt Rediscovered' exhibition last year and is now permanently exhibited in the new gallery within the Museum of Wigan Life, recently opened by Lord Peter Smith, head of Wigan Council, and Community History manager Lynda Jackson.
See also: https://twitter.com/WiganMuseum/status/781790699532451840