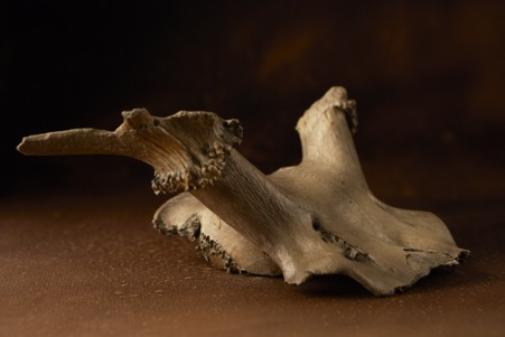 Important wetland sites around the world are at risk from changing environmental conditions, a team of York scientists have discovered.

The team analysed bone and wood artefacts collected from the Mesolithic site of Star Carr, North Yorkshire, and compared them to results from lab-based experimental burials. Unexpectedly rapid levels of organic decay were found in peat from Star Carr,  thought to be the result of acidic conditions caused by fluctuations in water levels at the site—caused by the changing climate and human modifications such as land drainage.

The exceptional preservation of organic remains at Star Carr have long been shown to represent human response to the changing climate at the end of the last glacial in Northern Europe. Recent excavations have suggested that the geochemistry of the site is no longer conducive to such remarkable survival of organic archaeological and environmental materials.

The findings of the team, published in PNAS,  have global implications for other wetland sites, particularly archaeological sites preserved in situ.

Dr Kirsty High, Research Fellow in York’s Department of Chemistry and lead author of the study, said: “The rapid deterioration of unique organic archaeological remains at Star Carr is an irreplaceable loss of our cultural heritage.  Critically, the short time scale of this experiment highlights the alarming rate at which this process can occur, raising concerns for the continued survival of matter buried there and at other sites with similar conditions.

“It is imperative that we understand and monitor the environmental and geochemical conditions in wetland areas to determine the timescale for the future management and successful preservation of archaeological sites.”

Dr Kirsty Penkman, Senior Lecturer in York’s Department of Chemistry and co-author of the study, said: “As potential threats to wetlands—such as pollution and changes in land use—continue to occur on an unprecedented scale, it is increasingly likely that other waterlogged archaeological sites are at risk from similar processes to those seen at Star Carr.

“The severity of decay seen in artefacts is rapid and irreversible, and has global implications in informing and challenging the current policy of organic remains being preserved in situ—a method previously believed to best protect archaeological artefacts for future research.”