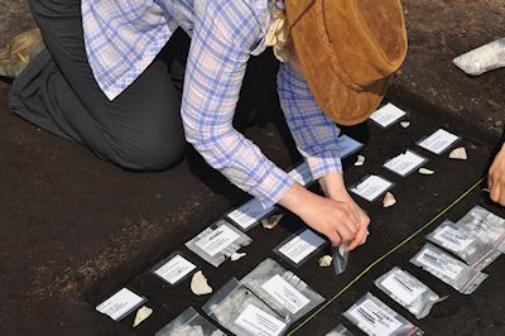 A team of York archaeologists have carried out a modern burial experiment at the Early Mesolithic site of Star Carr (North Yorkshire, UK), and at nearby control location.

The experiment, published in Internet Archaeology, addresses concerns regarding the applicability of residue analysis in varied burial environments, and particularly in highly acidic archaeological conditions.

Lead author , of the POSTGLACIAL project, said: "This study had two main outcomes. Firstly, our experiment showed that some residues were able to survive on stone tools buried at Star Carr, which is an exciting result because these residues represent potential traces hunter-gatherers may have left on artefacts. The second outcome was the production of a visual characterisation guide for residues. The guide was the result of the assessment of microscopic identifiability of different kinds of residues, a resource which is needed within the field of lithic residue analysis."