York archaeologists part of international team discover a pair of mummified legs on display in an Italian museum may belong to Egyptian Queen Nefertari – the favourite wife of the pharaoh Ramses II. 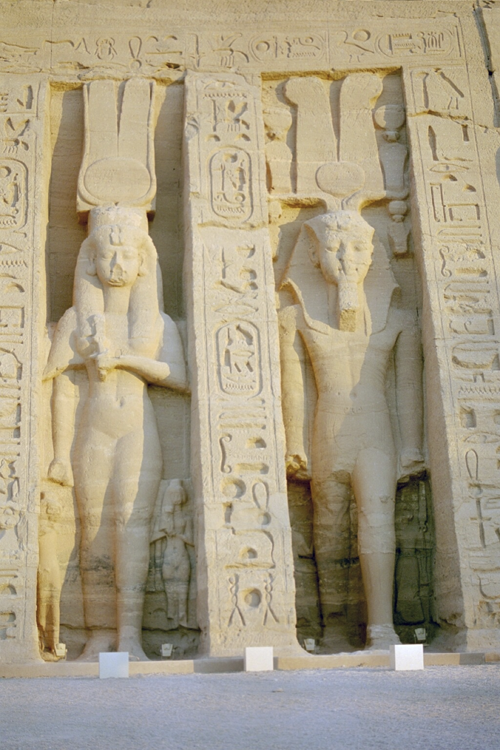 The team, which included Dr Stephen Buckley and Professor Joann Fletcher from the University of York’s Department of Archaeology, used radiocarbon dating, anthropology, palaeopathology, genetics and chemical analysis to identify the remains.

They conclude that “the most likely scenario is that the mummified knees truly belong to Queen Nefertari”.

As the favourite wife of the pharaoh Ramses II, Nefertari was provided with a beautifully decorated tomb in the Valley of the Queens to which Professor Fletcher was recently given access.

Although plundered in ancient times, the tomb, first excavated by Italian archaeologists in 1904, still contained objects which were sent to the Egyptian Museum in Turin.

This included a pair of mummified legs which could have been part of a later interment as was often the case in other tombs in the region. But as the legs had never been scientifically investigated, it was decided to undertake the recent study to find out if the legs could actually represent all that remained of one of Egypt's most legendary queens.

The study, published in the journal Plos One, revealed that the legs are those of an adult woman of about 40 years of age.

Dr Buckley’s chemical analysis also established that the materials used to embalm the legs are consistent with 13th Century BC mummification traditions, which when taken in conjunction with the findings of the other specialists involved, led to the identification.

Professor Fletcher said: “This has been the most exciting project to be part of, and a great privilege to be working alongside with some of the world’s leading experts in this area.

“Both Stephen and myself have a long history studying Egypt’s royal mummies, and the evidence we’ve been able to gather about Nefertari’s remains not only complements the research we’ve been doing on the queen and her tomb but really does allow us to add another piece to the jigsaw of what is actually known about Egyptian mummification”.