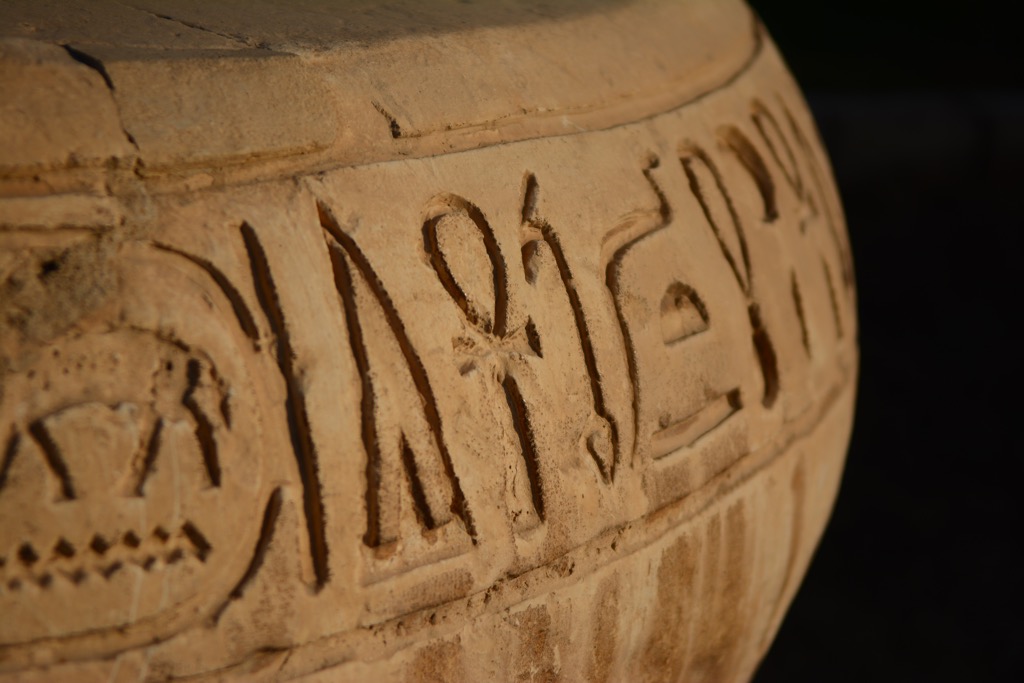 Dr Sara Perry and her team from the Department of Archaeology at the University of York are working with Dr. Mark Lehner and a team of archaeologists from Ancient Egypt Research Associates (AERA), the Egyptian Ministry of Antiquities (MoA), and with Dr David Jeffreys, director of the Survey of Memphis, to regenerate the site at Memphis which for many centuries was Egypt’s ancient capital.

Memphis is a UNESCO World Heritage site but for the last three decades its spectacular monuments have been under increasing threat from urban expansion.  However thanks to a £1 million grant from USAID, the two-year project will create an Ancient Memphis Walking Circuit at Mit Rahina as part of a wider heritage, outreach and training programme.

The Memphis Circuit will link eight key sites including the western gate and hypostyle hall of the Great Ptah Temple, which was excavated in the 19th century, and the White Walls Chapel, a unique monument containing a group of three seated statues – the deity Ptah flanked by two female deities, now identified as Tjesmet and Menefer. The project involves students documenting and interpreting an endangered area within the Memphis precinct as well as employing 120 local people to clean and stabilise it.

Dr Sara Perry is heading a team from the University of York’s Department of Archaeology who are developing a fully integrated heritage interpretation and outreach training program for the Memphis project.

The project has established a field school -- the thirteenth AERA-run field school in Egypt -- to train a total of 80 Ministry of Antiquities inspectors and related Egyptian professionals in cultural heritage management and outreach over two years. The inspectors, who play a key role in supervision at historic sites, will use these skills to enhance the management of other important locations across Egypt. Nearly 50 per cent of teaching staff in AERA field schools are women. Once the first set of students have completed their training, some will become instructors for the next set, in an effort to make the school sustainable locally.

The aim is also to work in partnership with the local population in helping to protect excavated sites, reduce incursions and stop their use as rubbish dumps. Locally-run businesses will also benefit from an increase in tourism resulting from the improvements.

Dr Perry said: “Memphis is a truly phenomenal site which is already well known in the popular imagination, but now has the potential to become an internationally renowned cultural destination. The temples at Memphis were among the most important in Ancient Egypt and only Luxor is comparable in political, religious and economic importance.  The creator god Ptah was associated with Memphis and it is here that he had one of the largest temples ever built in his name in the New Kingdom. In fact, this is where Egypt actually got its name: Memphis was referred to as Hikuptah (The temple of the ka of Ptah) which the Greeks pronounced as Aigyptos, and which we now translate as ‘Egypt’.

“This project aims to inspire people both locally and globally in the regeneration of what is one of Egypt’s most important sites, giving the world a greater insight into its significance for human history.”

Photo credit: Bassem Ezzat, 2015 - Base of a column from the throne room of the Palace of Merenptah, Memphis, Egypt, featuring the cartouche of King Merenptah dated to the New Kingdom.