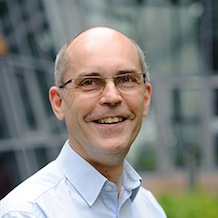 The Danish National Research Foundation has ​awarded a Niels Bohr Professorship to Professor Matthew Collins, University of York to ​further​ research in the new field of palaeoprotemics. The award (30.86M DKK) ​will support a new team in Copenhagen, which will be complemented by a new post for Enrico Cappellini, a former member of BioArCh provided by the University. Matthew ​plans to split his time between the ​two Universities ​strengthening​ growing​ ties between the institutions​​.

Matthew Collins is Professor of Archaeology at the University of York and founder of BioArCh, a joint initiative between the Departments of Biology, Chemistry and Archaeology to further the use of biomolecular methods to tackle archaeological problems.​ ​His research focuses on the persistence of proteins in ancient samples, using modelling to explore the racemization of amino acids and thermal history to predict the survival of DNA and other molecules. In particular he is interested in developing technological solutions of direct practical application in the humanities.​ ​He hopes his Niels Bohr professorship will spur research to redefine research in ancient proteins by describing the fundamentals of biomolecular survival and exploring ancient proteomes, fossil sequences and material culture. Replicating his experience in establishing ‘BioArCh’ at York​ Collins will hope to bridge the divide between the sciences and humanities​, ​and exploiting both the research strengths in Copenhagen and ​the extraordinary material culture ​of Denmark​, including remarkably preserved leathers, furs and textiles preserved in the Danish bogs​.

“In Denmark we’ve specialised over the past 15 years in pushing the boundaries of ancient DNA research. This has lead to many major discoveries spanning archaeology to anthropology to evolutionary biology. Palaeoproteomics - the discipline that Matthew Collins really is the father of - is the natural complement. In particular, it is able to go even deeper back into time, allowing us to recover information from which the DNA is long gone. This includes not only samples such as dinosaurs and early hominids, but also materials that are heavily modified through chemical treatment - such as the priceless old manuscripts and other artefacts held by the Royal Library and National Museum.”