The York archaeologist has been awarded the Philip Leverhulme Prize worth £100,000

‌An archaeologist from York has won a prestigious award for her research into ancient DNA and protein analysis. Dr Camilla Speller, a Lecturer in the Department of Archaeology, uses the technique to investigate human relationships with animals, including hunting, management and domestication. She also studies ancient human bacteria to shed light on the health, diet and diseases of past populations. 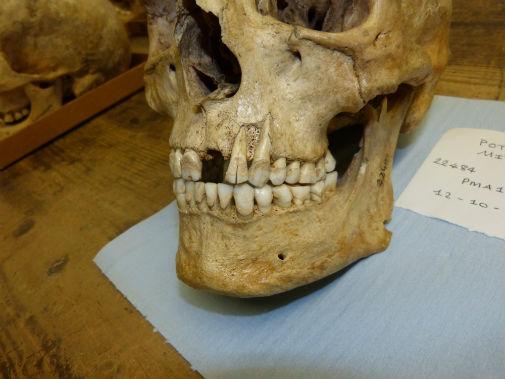 The Philip Leverhulme Prize, awarded to 30 UK researchers whose work has attracted international recognition and shows exceptional promise, will allow Dr Speller to advance her work in these areas.

“More recently, I have been investigating the ‘micro-ecology’ of the human body through the analysis of ancient human microbiomes. The human body hosts billions of bacteria, which play a major role in influencing our health, wellbeing and behaviour. We have applied ancient DNA and protein analyses to archaeological microbiome sources - like fossilized dental plaque and feces - to understand the kinds of bacteria that lived in and on the human body in the past.

“I’m extremely honoured to have been awarded the Philip Leverhulme Prize. This award reflects the wonderful support I have received from my colleagues in the Department of Archaeology at York, and will enable us to advance our research into ancient microbiomes and patterns of health and disease through time.”