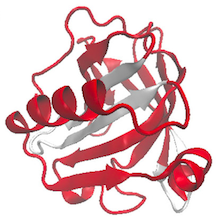 An international team of researchers involving the Universities of York, Oklahoma and Copenhagen, and University College London (UCL) has shed new light on this puzzling question through an unusual source - investigations of calcified dental plaque on ancient human teeth.

To understand how, where and when humans consumed milk products, it is necessary to link evidence of consumption directly to individuals and their livestock. Previous research by archaeologists has used indirect lines of evidence, such a high frequency of adult females in animal herds or milk lipids (fat molecule) present on pots, to identify evidence of dairying.

Now a breakthrough by the international team, reported in the journal Scientific Reports, provides the first direct evidence of milk drinking from an increasingly important archaeological reservoir - human dental calculus, a mineralized form of dental plaque.