Settlement and Lordship in Viking and Early Medieval Scandinavia 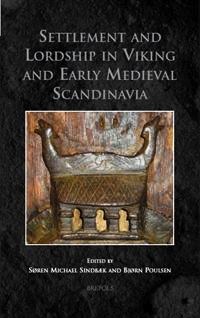 The volume, which features essays commissioned from 17 leading scholars, reviews the changing nature of social power in early medieval Scandinavia in light of recent advances in settlement archaeology, cultural geography and historical analysis. The introduction, co-written by the editors, defines a new model for this development, maintaining that Vikings could be landlords as well as sea-rulers. Viking magnates owned huge estates but, contrary to 'proper' feudal lords, had a limited ability to maintain scattered estates. In another contribution, Søren argues why Scandinavian lords would have been particularly interested in claiming common outland, away from tightly negotiated village infields, and presents the first-ever attempt to identify archaeological examples of shieling sites in south Scandinavia. The book is published by Brepols as volume 9 in the series The Medieval Countryside.