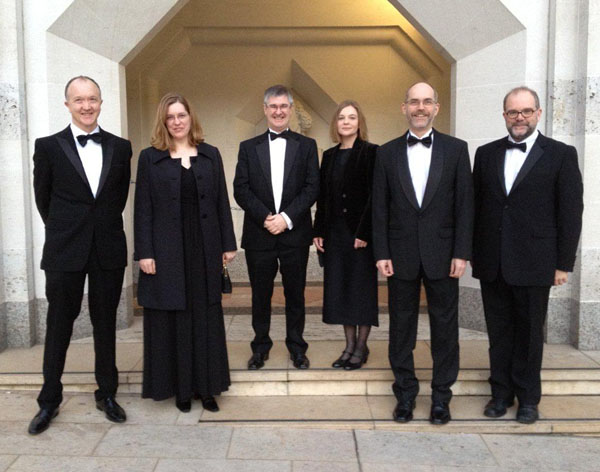 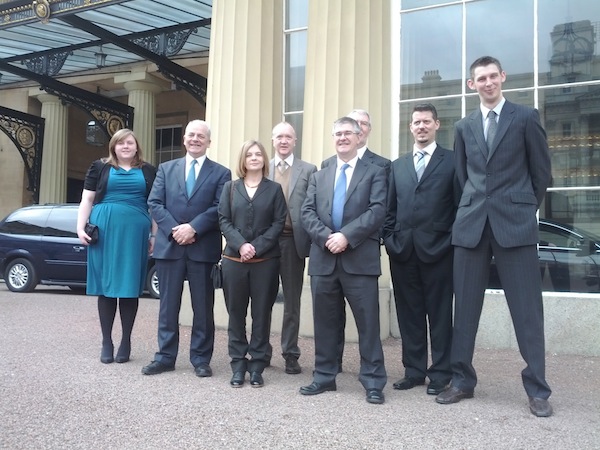 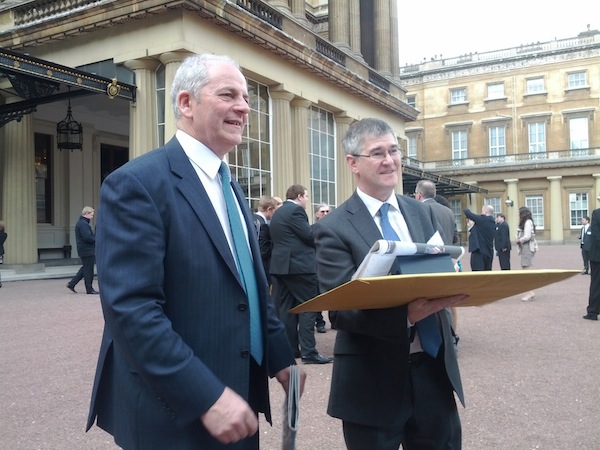 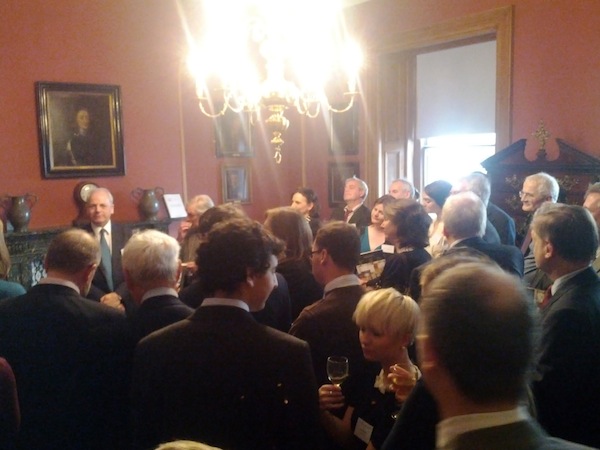 Staff and students from Department, friends and supporters attended a bevy of events in London on Thursday and Friday (23rd & 24th February) to celebrate the award of the Queens Anniversary Prize to the Department for the 2010-12 ‘Diamond Jubilee’ Round, for 'Leading-edge work in archaeology from prehistory to the modern age'.

On Thursday evening before the Buckingham Palace presentations, the Trust held a national banquet at Guildhall in the City of London where staff and supporters from the Prize winning Institutions were entertained by students from the Guildhall School of Music singing opera favourites, and a speech by the Right Hon David Willets, Minister of State for Universities and Science, who had just flown back from the Falklands.

The next day the Queen, with The Duke of Edinburgh, made presentations to the 21 Round 9 Prize-winners at an honours ceremony at Buckingham Palace.  Afterwards The Queen and the Duke gave a reception for the Prize-winners’ representatives, including staff and students, and other guests in the Picture Gallery.

More students, friends and supporters were able to attend a packed reception held at The Society of Antiquaries of London.

There are more pictures and YouTube video on the Departmental Google+ account, and more details from the University press release.