€1.5 million grant to explore the adaptation of hunter-gatherers to climatic and environmental change between 10,000 and 8,000 BC 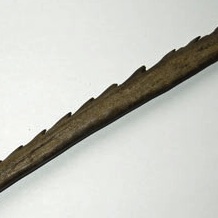 Last year a team of archaeologists, from York and the University of Manchester, discovered Britain's earliest surviving house. The house dates to at least 9,000 BC - when Britain was part of continental Europe.

Now Nicky Milner has been awarded a grant from the European Research Council to  fund three years of fieldwork involving 20 specialists followed by two years of analysis of their findings.

Nicky's award will explore human responses to environmental change during this postglacial period. Archaeological sites from the period are rare, and those with good organic preservation even rarer. Consequently there have been few opportunities to link palaeoclimatic and palaeoenvironmental records with evidence for past human activity for the postglacial period.The latest research aims to take advantage of new techniques to integrate high-resolution records of palaeoclimatic and palaeoenvironmental change with the remarkable new archaeological record of postglacial sites around palaeo-Lake Flixton, including Star Carr.

This is the third prestigious ERC grant to be awarded to the Department, the first InterArchive was awarded to Prof Brothwell in 2009, the second DISPERSE to Prof Bailey was awarded in 2011. The ERC scheme to support individual academic excellence, developed from the former Marie Curie Excellence Scheme, which included the HEEAL award to .  The total value of these four awards amounting to €8.5M to support academic excellent in the Department.