New research charts the use of silver among Viking-age Scandinavians. 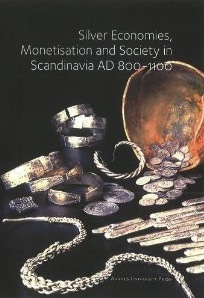 Silver was the quintessential valuable of the Viking Age. From brooches and rings to Danegeld, silver motivated sea-voyages, family feuds and battle bravery. New research seeks to understand how silver came to achieve this unique significance among Viking-age Scandinavians.

Knowledge of Viking-age silver has been transformed in recent years by the discovery of remarkable new hoards through metal-detecting, and by targeted investigations of towns, ‘central-places’ and more ordinary settlement sites.

Until recently, the use of silver in Scandinavia in the Viking Age was characterized as a linear process: from the use of precious metal as a medium for social display, to a ‘bullion’ economy in which silver assumed functions as a medium of exchange, leading eventually to the adoption of coinage.

New evidence reveals instead a period of great economic complexity and experimentation. Early coin issue occurred alongside barter, and elements of the ‘display’ economy continued to characterise the economic use of silver. For much of the Viking Age, several silver economies co-existed and interacted.

A new book brings together an international group of archaeologists, historians and numismatists to draw a balance sheet of current research on Silver Economies, Monetisation and Society in Scandinavia AD 800-1100. Emerging models emphasise the social meaning of valuables and stresses the individual motivations, which eventually gave them significance. This places silver at the heart of the study of Viking-age history and archaeology, says one of the editors, Søren Sindbæk: “Viking Age Scandinavians did not pursue silver as wealth in the abstract, but because it could ease controversial issues of their social networks.”

The book is a landmark for a new interdisciplinary approach to Viking-age society and economy, vitalised by Cambridge numismatist Mark Blackburn, who died in 2011, and to whom the book is dedicated. Editor Gareth Williams notes: “the positive interaction of archaeology and numismatics ... has been extremely beneficial in drawing out different approaches to and interpretations of the same overall body of material.”

The book is launched on Wednesday 12 December 2011 at a reception in the Department of Archaeology, The King’s Manor, the University of York.