Terry Suthers BA FMA FRSA DL MBE is a heritage and museumsprofessional with over 45 years heritage management experience.  Until 2007 he was Executive Director of Harewood House. Under his stewardship from 1992-2007 Harewood won several regional and national awards for conservation, tourism, the arts and education. On his retirement from full-time working in 2007 he was made Harewood Fellow emeritus and continues his research into the Lascelles family and their historic link with the West Indies. Previously Terry was Assistant Director and Head of Public Services at the UK’s national Science Museum, London and before that Director of the Yorkshire Museum and Gardens, in the historic City of York. He has a BA degree, the Diploma in Archaeology of the Museums Association and is a Fellow of both the Museums Association and the Royal Society of Arts. Terry has travelled extensively on heritage related business, from the USA to China, Russia to Australia.

Currently, he is Chairman of York Archaeological Trust (2007-), Vice Chairman of the Yorkshire Film Archive (2002-), Trustee of Parcevall Hall and a founder Trustee of the Geraldine Connor Foundation. He served on the Heritage Lottery Fund’s Expert Panel for museums and archives (1996-2003) and on York Minster’s expert Fabric Advisory Committee (2000-2016).

In 2005 he was made a Deputy Lieutenant for the County of West Yorkshire and in 2012 was awarded the MBE for Services to the Heritage and Museums. 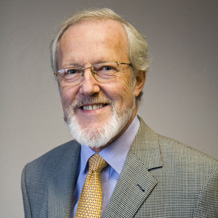