York is one of the best cities in the whole of the UK to study and work as an archaeologist or heritage professional. This may be in part because it is regarded by the Brits as their most beautiful city and place most of them would like to live (e.g 2011 poll). 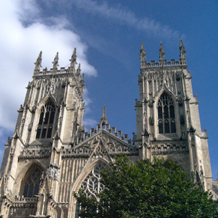 As an archaeologist firstly, there is the resource of the city itself. York is one of the most important historic locations in England, and it is an incredibly rich source of archaeological material.

The city features surviving remains from the Roman period all the way through to the Georgian and Victorian eras, and it is home to the iconic site of York Minster (pictured, left), the seat of the Archbishopric of northern England.

York is also of course well known for the Viking Age dig at Coppergate which captured the imagination of the country in the 1970s and 80s. The Jorvik Viking Centre, which was created after the dig, is one of the most popular tourist attractions in the UK.

York is also home to a number of archaeological units, museums, archives, and heritage bodies. Your access to archaeological jobs, volunteer/training opportunities, and expertise is second-to-none because of the unique environment of the city.

A county famous for its archaeology 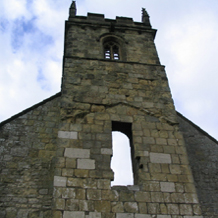 In addition to the resources of the city, the surrounding county of Yorkshire is equally rich in significant archaeological sites.

To the east of York, the Wolds and the Vale of Pickering feature important prehistoric sites such as Wetwang and Garton Slack, where the famous Iron Age chariot burials have been found, and Star Carr, the outstanding Mesolithic settlement site.

For those who prefer later periods, sites of interest in the county include:

Many of our staff and research students work in York and Yorkshire. Local archaeological projects include: