Introducing the European bison to Britain

A couple of our researchers give their points of view on the planned release of a small herd of wild bison in Kent, as part of a £1m project to reintroduce the animals and help secure the future of an endangered species.

Read the full article:
Wild bison to return to UK for first time in 6,000 years

Are British ecosystems yearning for European bison, otherwise known as wisent? Well, no. The wisent has never been recorded from Britain. The last bison to die out in the UK were open-country steppe bison – around 10,000 years ago – and these animals were more like the North American plains' bison than wisent. British woods certainly did contain the extinct auroch, ancient cattle, the ancestors of domestic cows which were quite similar in size and perhaps behaviour to today’s European bison. A nice compromise.

Release animals that share a name with the extinct steppe bison, and habitat and behaviour with the extinct auroch. And more... a genetic analysis by Julien Soubrier and colleagues, published in Nature Communications in 2016, found that "the wisent is the product of hybridization between the extinct steppe bison (Bison priscus) and ancestors of modern cattle (aurochs, Bos primigenius) before 120 kya, and contains up to 10 per cent aurochs genomic ancestry." A genetic compromise – auron, aurent, bisoch or wisoch might be a more appropriate name than bison. The whole animal is, geologically speaking, of very recent origin.

But why bother? Partly to save the species itself, and for people to enjoy seeing it. It is still rare, having been brought back from the brink in the 20th century – bizarrely the Nazis saved and created ‘pure-bred’ animals, ignorant of the hybrid origin of the wisent. But what are the other benefits? They will be released into The Blean, a band of forested land just to the north of Canterbury. Chaucer’s pilgrims passed through The Blean en route to Canterbury. Many species that live there thrive on disturbance, including the threatened (in the UK) heath fritillary butterfly and the nightingale. 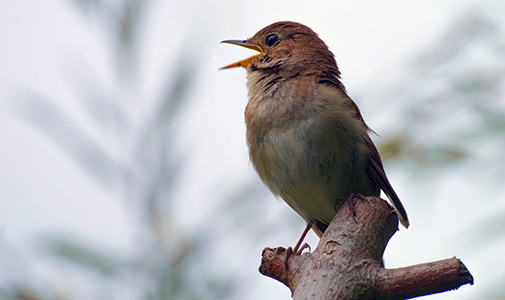 They inhabit open woodland where there is both open ground and scrub, as well as high forest. For the last several thousand years, humans have been the main cause of disturbance in The Blean, through the regular cutting (coppicing) of trees and shrubs for charcoal production, fencing and building materials. This generates open ground, and the plants then re-sprout from the base, forming scrub; and livestock would have grazed the undergrowth as well.

Today, cutting continues, but on a much longer cycle so there is far less bare ground, and conservationists expend money and effort clearing patches of woodland to generate the habitats that benefit the likes of heath fritillaries and nightingales. The hope is that the compromise bovids will do some of the work for us, as they browse, graze, push, wallow and defecate their way through the forest. Whether this generates sufficient habitat for the butterflies and birds remains to be seen. One thing for sure is that they will have to be kept safe from modern-day pilgrims, and vice versa. Half-tonne aurons and vehicles might not mix too harmoniously on Kent’s commuter routes. 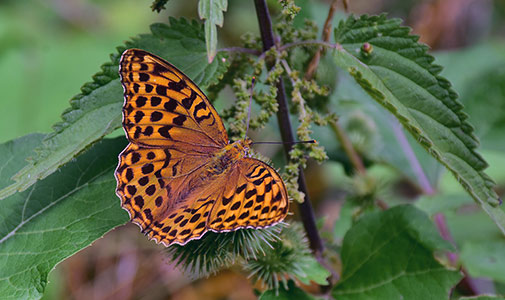 It is a thoroughly Anthropocene compromise. Hybrid animals released for the first time into a region where their extinct ancestors once roamed, replacing human-caused disturbances that are critical to the survival of rare insects and birds. One way or another, it is going to be fascinating to see how the experiment turns out. I’m looking forward to it.

There have been many debates in the UK about the reintroduction of species with varying degrees of success; while beaver reintroductions are being successfully trialled in many places, discussions about lynx are making less progress. I’m not an expert on the ecological impact that Bison could have, but the combination of free-roaming grazers introduced on the Knepp Estate (cattle, pigs, ponies and deer) has had a positive conservation outcome for many species, and is a popular destination for walkers and wildlife enthusiasts.

Reintroducing bison doesn’t have the immediate fear reaction that discussions around wolves and lynx bring. And there have been successful examples of Bison reintroduction into other European countries, eg the Netherlands and Spain. These are still large animals that people in the UK are unaccustomed to living with or near, although in Kent visitors will be separated from the bison rather than sharing the same space, reducing the chance for conflict. The Netherlands bison project has a walking trail through the enclosure and has found that if people remain 50m away from the bison there are no issues. 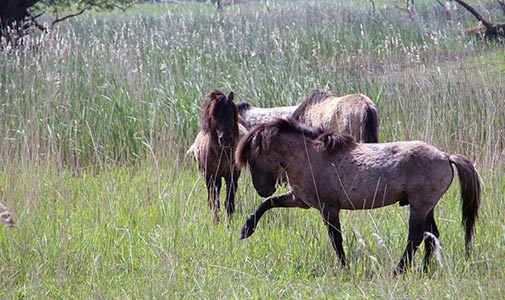 Although rewilding may sound like a hands-off process, reintroduced herbivores do require management, particularly as there are no natural predators for these species in the UK, and their movement is restricted by fencing. So, what can be done when populations inevitably grow too large for their enclosures? At the Knepp estate, the cattle, pigs and deer are culled and their meat is sold through their own butchers, and the ponies by adding and removing a stallion. The Oostvaarderplassen rewilding project in The Netherlands became highly contentious, when overpopulation of the site and a harsh winter meant that there wasn’t enough natural food, many cattle and horses had to be shot and protestors threw food over the fences.

The Kent bison project is starting with few individuals in a large area, and aims to reintroduce bison into other areas in the UK, so this isn’t likely to be an issue they will encounter any time soon. But, it raises the question of what might have to be done in the future.