Amendments to the ordinances and regulations for 2010 - 2011

There have been amendments to the Ordinances and Regulations for 2010/2011, as set out below.

There have been no changes to the University’s Ordinances in 2010/11.

Revision of University Regulations 1 to 6

A revision of the University’s Regulations 1 to 6 has been undertaken in order to achieve the following:

There is no longer a separate set of regulations for part-time first degrees.

In order to avoid changing the numbering of regulations 5 to 13 and to all documents that refer to them, we note in the publication of the regulations that there is no Regulation 4.

Amalgamated current and new regulations to cover the possibility of academic misconduct in relation to research students, to ensure clarity and comparability with taught students.

Alteration to the wording of section 7.5 Disciplinary Advisory Committee as follows:

Changes made to reflect the change of name of 'the Computing Service' to 'IT Services'. 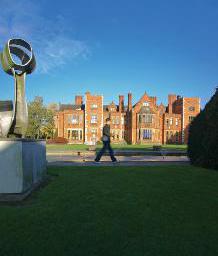