For over 40 years, Dr Heather Melville OBE, has harnessed change to advance inclusive cultures for the public good in the challenging, and often traditional and resistant, settings of corporate and international banking, technology and professional services.

Heather is a champion for the advancement of women in these sectors; she has been a judge at the National Diversity Awards which honours positive role models, entrepreneurs and community organisations across several different strands within the equality and diversity sector.

She is currently Senior Managing Director at the global CEO advisory firm,Teneo, where she supports businesses to build more sustainable, diverse and inclusive practices, and leads the UK arm of its Diversity, Equality and Inclusion practice. She also holds a number of Trustee positions; on the Board of the Chair of Chartered Management Institute (CMI) and of its Women’s Advisory Committee, Enfield Enterprise; a Patron of Women in Banking & Finance (WIBF); and was a member of the PwC Colour Brave Charity Committee.

In 2017, she was awarded an OBE for her services to female entrepreneurs, diversity in business and gender equality.

In July 2019, she was awarded an Honorary Doctorate by the University of Portsmouth for her contribution to Diversity in Business. In the same year, she secured a place on The Financial Time’s prestigious ‘EMpower Top 100 Minority Leaders’ list, which showcases 100 carefully chosen BAME professionals from the UK and US.

Prior to her appointment as Chancellor, she has been an active supporter of the University of York for many years: having presented at the 2019 York Festival of Ideas, built strong connections with our Staff Racial Equality Forum (SREF), and continued to work closely with the University to help promote doctoral study for graduates from black, Asian and minority ethnic backgrounds, as part of the UKRI-funded Yorkshire Consortium for Equity in Doctoral Education (YCEDE). She spoke at YCEDE's launch event in York on 26 May 2022, and is currently a key external stakeholder.

She was appointed as the seventh Chancellor of the University on 31 October 2022, on a decision of the Court, following a rigorous and inclusive nominations process, overseen by a Search Committee, reporting into the University's Constitution and Nominations Committee of Council.

The role of Chancellor is for a period of five years, and therefore her appointment will be until 31 August 2027.

Role of the Chancellor

The Chancellor is appointed by the Court as its Chair, based on a recommendation of the Council, for a period of five years, renewable for one further term, up to a maximum of ten years.

To delegate the Chancellor’s responsibilities where required, to the Pro-Chancellors, including presiding and conferring degrees at graduation ceremonies.

The Chancellor does not hold any other office within the University. The post is unremunerated and not subject to any other benefits, other than reasonable subsistence or expenses associated with the role.

On Wednesday 18 January 2023, we celebrated an important milestone as we formally welcomed our seventh Chancellor, Dr Heather Melville OBE, to the University of York community. 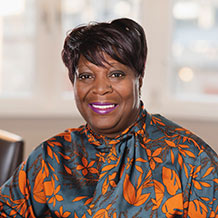